An honor guard from the Salt Lake City Inspector-Instructor Staff & Rifle Company F, 2nd Battalion, 23d Marines carries the casket of Lance Cpl. Rylee McCollum after arrival at Jackson Hole Airport on Friday. McCollum's homecoming drew a crowd of thousands from around the region to honor the Jackson native who was killed with 12 other service members by a suicide bomber Aug. 26 in Afghanistan during operations to evacuate Americans and U.S. allies from Kabul. 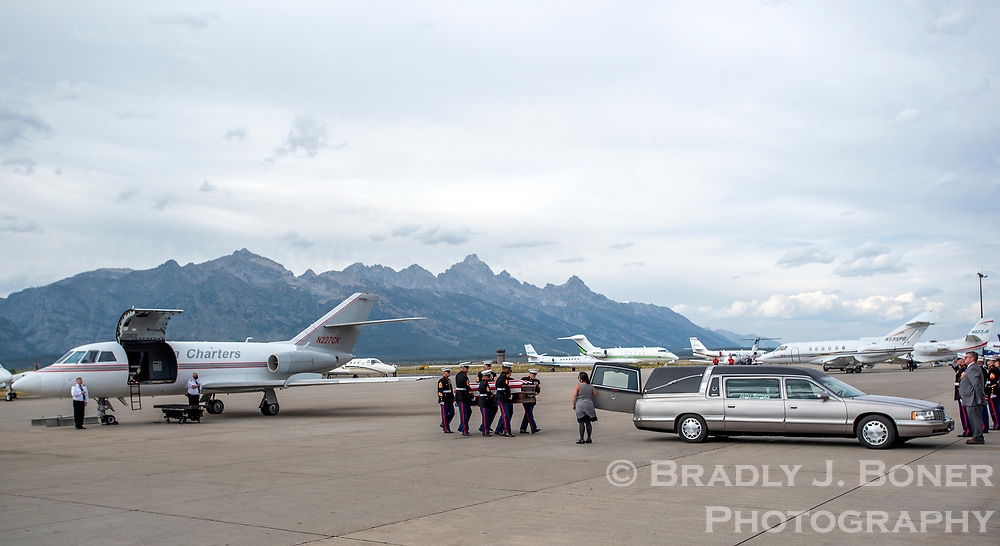